skip to main | skip to sidebar

The Etruscans in Person

The Etruscan language (spoken in antiquity in central Italy) is a strange beast. It is seemingly quite unrelated to any of the language families of the ancient world - its only known relatives are the very scantily attested Lemnian and Rhaetic: Lemnian is preserved to us in one (1) single inscription. Etruscan, however, is attested in over 9000 inscriptions, but most of these are extremely short. Only a handful of the Etruscan texts exceed 25 words, which has of course somewhat hampered the modern interpretation. But this does not mean that Etruscan is a "complete mystery": substantial portions of the language have been made quite understandable after over a century of systematic scholarship.

The fact is that we can find a number of remnants of Etruscan in modern languages, even though it died out during the first century of the common era. Latin borrowed a few words from their Etruscan neighbours, and some of these have travelled on into English, German, French, Swedish and other modern languages. The most well-known of these (possibly) Etruscan words is "person".

The Latin word persona originally means "theatre mask", from which the current meaning was extrapolated: our personalities can, after all be viewed as masks. There is an Etruscan word phersu, which seems to mean "theatre mask". This word was probably borrowed into Latin and thence into English, etc. So every time you talk about "persons", "personalities" or "personas" or "personal things", you might be inadvertently rehashing an old Etruscicism!
Posted by Ola Wikander at 1:32 PM No comments:

Remnants of ancient languages do tend to crop up in the strangest places. A lot of these happen to be in the sphere of popular culture, a fact that seriously challenges the old worn-out idea that ancient languages are just that - old and worn-out, interesting only to small cliques of academics (or possibly to more fashionable, albeit somewhat bizarre, cliques of the more Donna Tart-esque variety).

In fact, one can find references to very old linguistic items in the most popular of cultural outpourings, especially if the language happens to be English. There are many such examples, some of which I intend to discuss in this blog.

One instance to begin with is something as "low-brow" as Transformers, that great main-stay of western eighties mythology. Look at the names of the big robots, and smile: 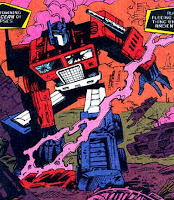 Optimus Prime: Latin through and through, from optimus ("best") and primus ("first"). Primus even happens to be the name of the Transformers "god" created by genius comic book writer Simon Furman.

Megatron: The beginning of the name of this great bad guy is of course as classic as can be, reflecting the greek adjective megas, megalê, mega ("big, large, great"), itself an inheritance from the Proto-Indo-European adjective *meĝh2- (whose root is also reflected in words such as English "much", Swedish mycket , Gothic mikils, Sanskrit mahi, and Hittite mekki-). 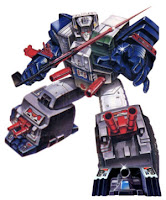 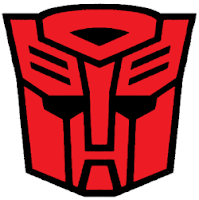 Even the word "Autobot" is of course of ancient origin: "auto-" from Greek autos ("self", here from the word "automobile") and "-bot" from "robot", which is itself a loan from Czech, where the root means "work, labor". This Slavic word is from the Indo-European root *h3erbh-, which originally meant "join a different social group" (a meaning preserved in the Hittite verb harp-), whence the meaning "become a slave, become an unfree worker". The same root is reflected in German Arbeit.
Posted by Ola Wikander at 5:06 PM 5 comments:

Ola Wikander, author and translator from various ancient languages; did my doctoral thesis ( Death, Drought and the Sun in Ugarit and Ancient Israel) at the univerity of Lund. Have published a number of non-fiction works relating to ancient languages in my native Sweden, one of which (Dead Languages' Society) was shortlisted for the August prize, one of the country's most prestigious literary awards. Have also published translations from Ugaritic, Greek and Akkadian, as well as two novels.